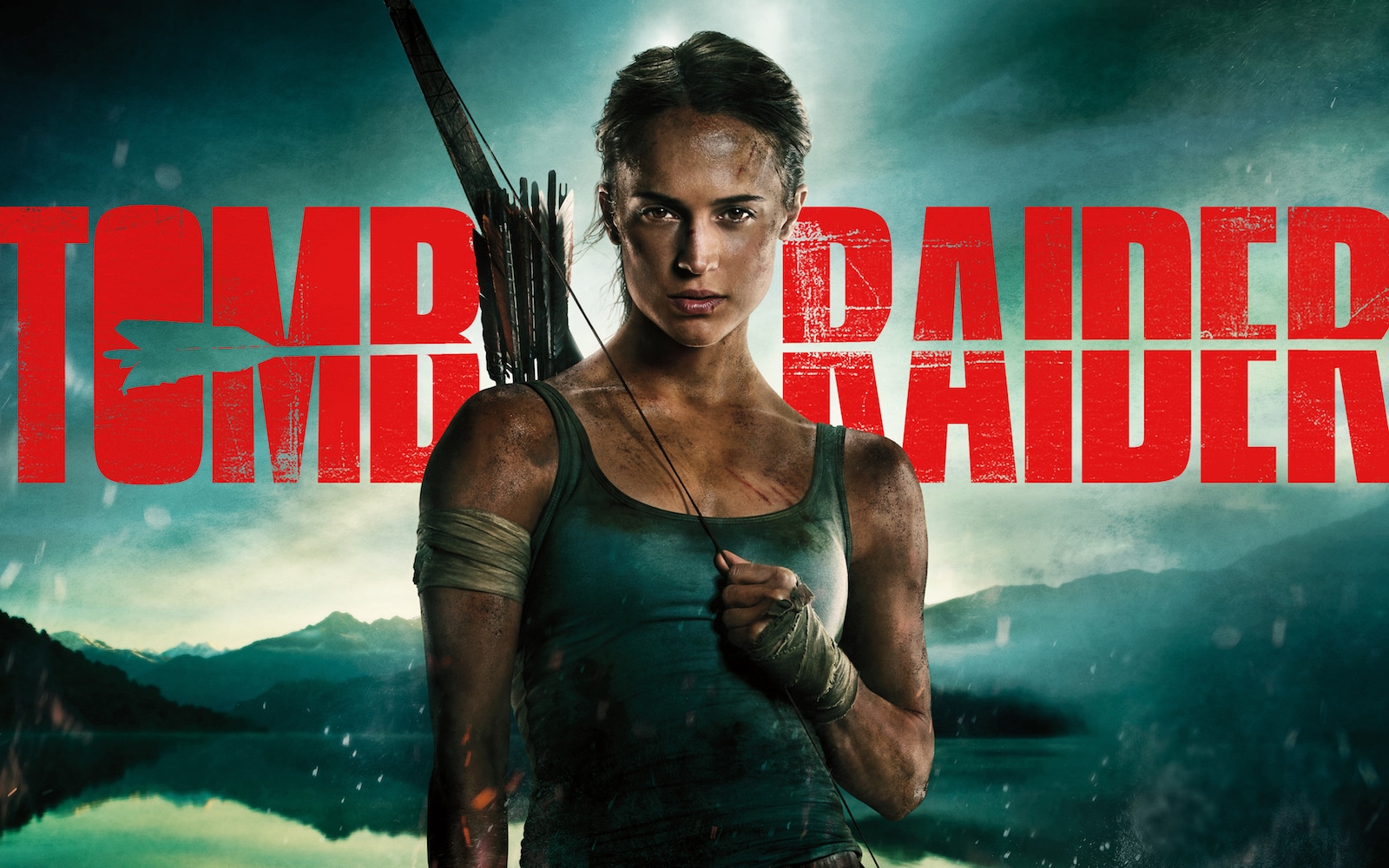 The unrealistically proportioned archaeologist Lara Croft is back in theatres with an origin story complete with blazing pistols, abandonment issues, and folklore.

apparently, her intrigue for adventure began when she was a bike messenger struggling to get by on the streets of London.

Refusing to accept her father absence as his death, Lara has yet to inherit the Croft fortune and all that accompanies it. The film’s story centers around the mysterious disappearance of her father, Lord Richard Croft, who went missing while on a mission to discover the tomb of the ancient Japanese Queen Himiko, the bringer of death. Just when Lara is about to accept that her father isn’t coming back, she’s given an ancient Japanese puzzle box, which she easily solves, leading her down a rabbit hole of data pertaining to her father’s last project. A hidden office of sorts, covered in handwritten notes, maps lined with drawings of the dangerous island where Himiko supposedly rests, and a strangely an old handheld video recorder. Shockingly, after 12 years of gathering dust, the batteries don’t need to be replaced before playing a somber message from the departed Lord Richard, begging Lara to burn all of his notes and files, so that no other seeker could pick up on his trail for Himiko. Stubborn as usual, Lara ignores her father’s wishes and is lead on a journey to Hong Kong and eventually to the ominous Japanese island itself, where terrifying truths await her.

This just under 2-hour film follows Lara as she raids her first tomb.

It’s overflowing with Indiana Jones-esque challenges, full of elusive trapdoors and endless opportunities for a painful death, that somehow still lack to pump adrenaline like they used to. Most of the action scenes are all ones that we’ve seen before, ending in seemingly predictable ways, with the villain being an ancient secret society hell-bent on world domination and destruction. However, the casting of Alicia Vikander was a welcomed enjoyment; seeing someone who isn’t running through the jungle in short shorts and a crop-top, or who hasn’t had to have their body altered in ridiculous ways to perpetuate misogynist fantasies, was a refreshing take on this reboot. I think Rolling Stone said it best, “tiny and lithe and capable of either projecting lioness-level ferocity or ferret-like wiliness, she’s an ideal screen Lara Croft in a lot of ways; her physicality doesn’t feel superhuman and her vulnerability doesn’t cancel out her badassness. Like the games’ modern rebooting of the heroine, Vikander plays her less like a voluptuous fanboy fantasy and more like someone you’d meet on an Outward Bound trip. It’s a pleasure to watch her solve puzzles and sprint through dangerous obstacle courses, even if the sequences themselves often feel like stock footage from other blockbusters or random gameplay she’s been digitally inserted into.”

Lacking in the “fun” one expects from a movie based off of a video game, the new Tomb Raider falls short of my expectations. Repeatedly, we see that this is a completely different Lara from the previous franchise film. “I’m not that kind of Croft,” she repeats, and the accuracy of that statement best summarizes the film.