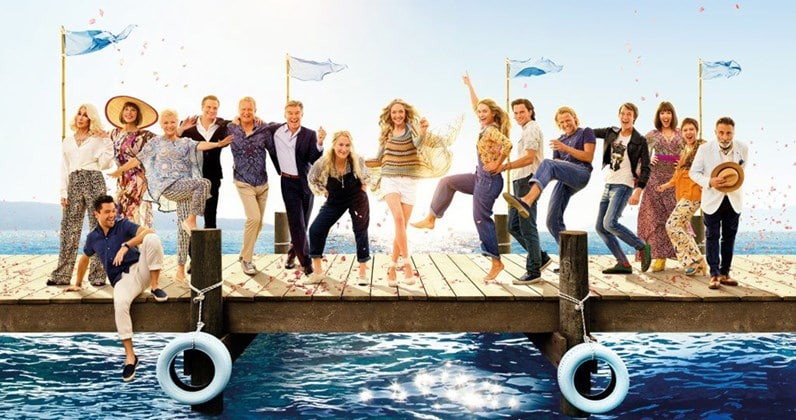 “Mamma Mia” premiered on the stages of London in 1999, then a little less than 10 years later it graced American movie theatres, so it was only fitting that another 10 years would pass before we were given the next iteration.

A prequel hidden in a sequel, “Mamma Mia! Here We Go Again” picks up with Sophie, the eve before she officially re-opens The Hotel Bella Donna in honor of her mother. As she prepares for the hotel’s opening, The movie is both a prequel and a sequel, the plot is set after the events of the first film but transforms into a montage of the moments that brought Donna (Meryl Streep) to the beautiful Greek island of Kolokairi and Sophie (Amanda Seyfried) to her womb. To show their support of Sophie and to mourn the loss of their friend, Tanya (Christina Baranski) and Rosie (Julia Walters) arrive to bolster Sophie, showing her how her mother’s past will lead to her future.

When the announcement came that they were making a sequel, some audience members had PTSD flashbacks of Pierce Brosnan singing and an impending sense of dread fell over them. Many arrived with low expectations, myself included, but most were strangely delighted by the overwhelming amount of silliness and self-awareness the film provided. The casting of the Young Dynamos was incredibly spot-on, I don’t think they could have chosen better actresses to portray them; Young Donna (Lily James), Young Tanya (Jessica Keenan Wynn), and Young Rosie (Alexa Davies) brought smiles to everyone’s faces and had instant on-screen chemistry.

Sophie’s potential fathers were a different story, the casting did well enough but it was clear their priorities were to find semi-decent voices attached to pretty faces, not necessarily actors who could physically mimic or grow into their older counterparts. Hugh Skinner managed the nervousness of Young Harry well enough but had too much confidence to truly sell his more anxious behavior. Young Bill (Josh Dylan) barely attempted any type of Scandinavian accent but at least he managed to be beyond charming in a surfer/sailor kind of way, Young Sam (Jeremy Irvine) was one of the bigger disappointments because, while he could sing better than his older counterpart, the lustful romantic personality one would expect to sweep Young Donna off her feet just wasn’t there.

Overall, “Mamma Mia! Here We Go Again” is an over the top film, full of unrealistic moments of grandeur, brilliant choreography, a Cher cameo (looking more like Lady Gaga’s rich aunt), and of course an overwhelming amount of ABBA music albeit some of their lesser-known hits. While I feel that more of the songs felt forced into the storyline this time around, I think this film targets a very specific audience. It’s a silly summer film that will leave ABBA lovers feeling like true dancing queens. 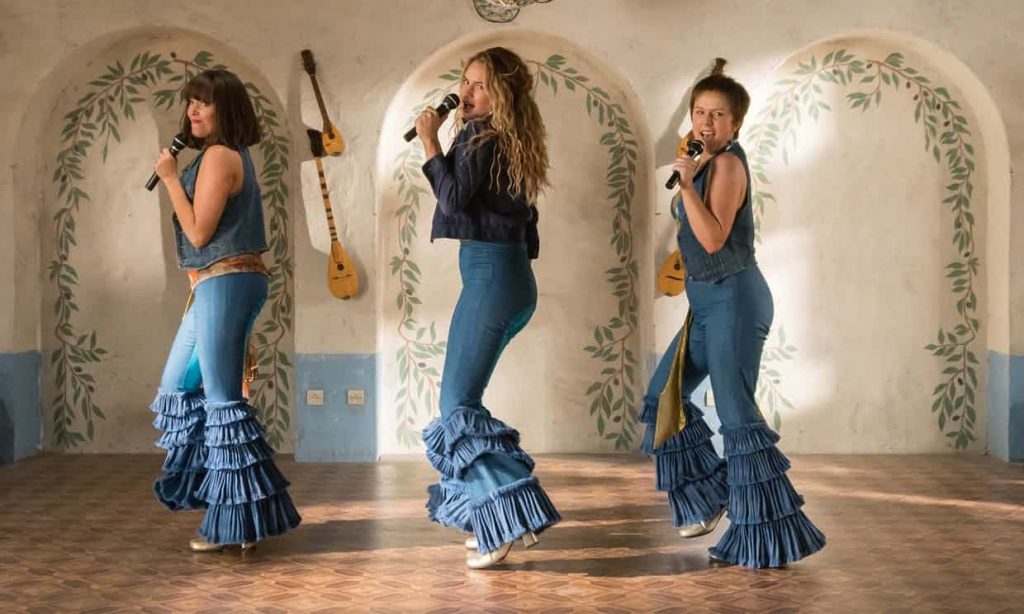 PS: If you’ve ever wanted to see Pierce, Colin, and Stellan in glitter spandex then stay through the credits! My my, how can you resist that?