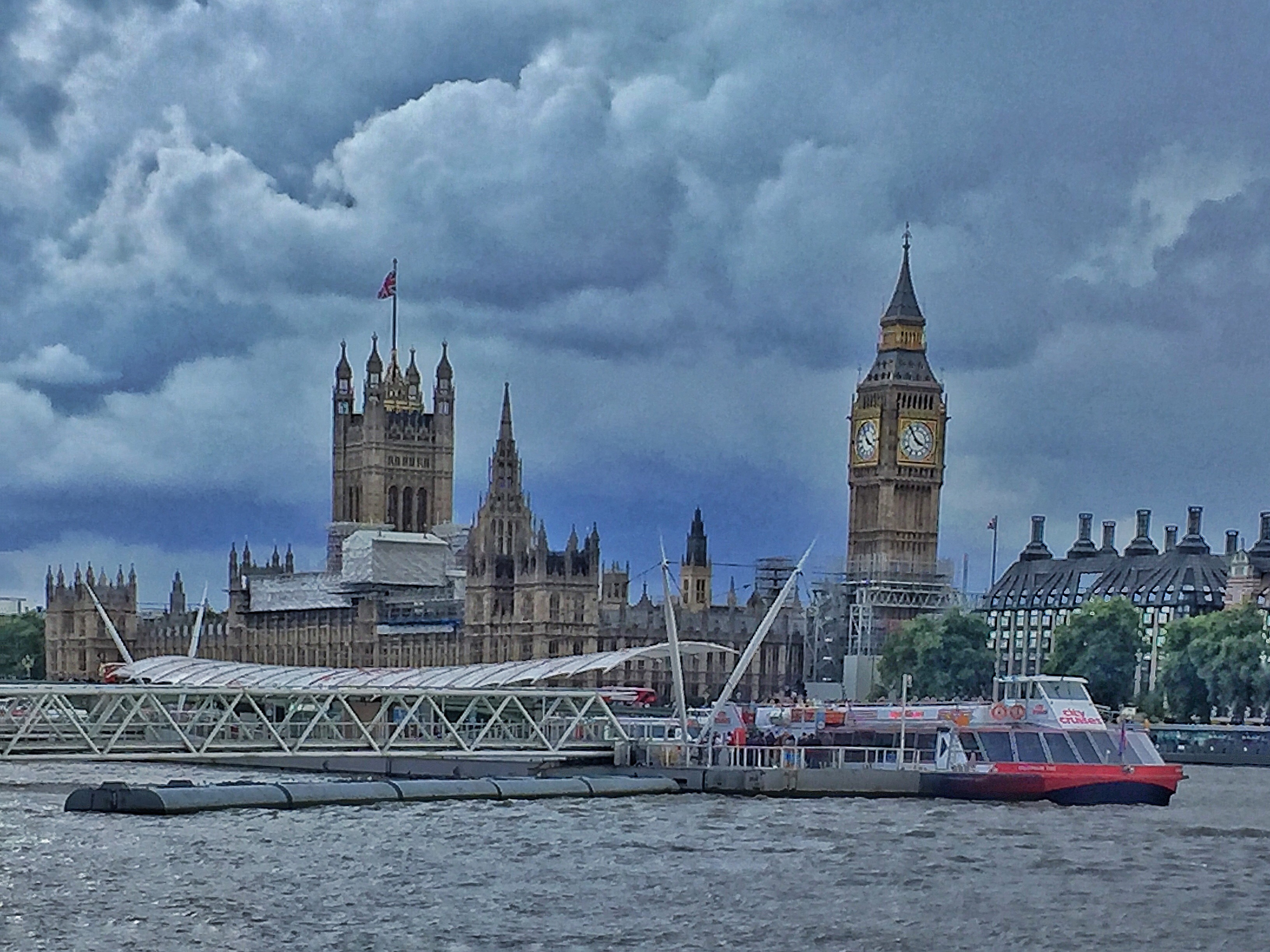 This was it: the moment I had been waiting for, 20 years of desire for London had brought me to this moment…and it was simultaneously overwhelming & underwhelming.

I have dreamed about London for as long as I can remember; my obsession started with Peter Pan as a child and then just continued until I became a full-blown Anglophile. Now, having never lived in a major metropolitan city before, there is only so much I could do to prepare myself for the true magnitude that is London…and I still was not ready haha. This bustling beauty of a city weighed on my shoulders like Atlas. We were only in the city for 3 days (which is MADNESS in my opinion because there is no way you can even conquer 1/10th of London in 3 days) but there were a few things I got to check off my list!

Fish & Chips – off of our tour guide’s recommendation, me & my roomie Sara tried the award-winning Poppies! Being 100% honest, I was disappointed; it just tasted like a fish fry dinner with chunky chips, something I could get at home in Seattle. It was clear it wasn’t freshly made like it was in Glasgow, & since we got it for takeaway, we didn’t realize until it was too late that the girl didn’t add salt & vinegar like we asked. Overall, I’d say it was a safer bet to go elsewhere ?

We only had 1 day of torrential downpour, the rest were days of grey misty winds; coming from Seattle I was quite used to that.

The London Underground – given that the extent of my transit knowledge was limited to the one bus line I’ve ridden 3 times in Seattle, I was super nervous about the underground & bus systems. All of those concerns were put to rest when I just stared at the map for a minute; it is all so incredibly straightforward. The buses were a little more difficult but thankfully there were only 2 numbered buses that dropped outside our hotel so I just had to wait for one of them. The underground was nothing though, I even figured out how to do an out of London excursion on my own! 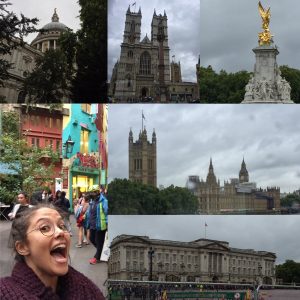 Alllllll The Touristy Things – so our second day we boarded our guide bus to drive around the sites of London. We saw the Houses of Parliament, St. Paul’s Cathedral, Buckingham Palace , The British Museum, the famous studio The Beatles recorded at & subsequently the famous sidewalk that made up their album art, Westminster Abbey, Leicester (pronounced like “Lester”) Square, Picadilly Circus, Covent Garden, Tower Bridge, The London Eye, and a few others. While I did go ok my own to explore a few of these, a lot of them all we did was drive past and talk about the significance of them; but due to our limited city time, we didn’t get to go in any of them at that moment. They did give us a full day to explore on our own but some of those activities would have taken half the day to do on their own.

University of Oxford – on my previous post I spoke about some time we spent at Cambridge. I decided to use my free day to spend time walking where some of the greatest minds in history spent time. I bought a ticket out of Paddington Station and traipsed through the countryside, sweat beading in anticipation and an hour later, I had finally arrived. I walked the 15 minutes or so from the train station to campus and I began to cry. For years this was my dream, to stand on the same cobblestone as JRR Tolkien, Stephen Hawking, CS Lewis, Margaret Thatcher, and countless others, but the dream was over, I was here.

All of the Oxford students were dressed in their proper uniforms because it was final exam season (it was so difficult to not just go buy a uniform & stand in line) but you could just smell the knowledge in the air. I walked campus; dreamed of riding my bike with a basket full of books to The Bod to study. Finally, upon seeing the library of my dreams, I was speechless; over 11 million books were in my presence, some of the oldest manuscripts in history were surrounding me, this was it. Now, I could write a novel alone on just the hour I was allowed to spend at The Bodleian Library, but since I had to dash back to London shortly after my tour, I’ll leave it at this: I have been, and always will be, an Oxford girl. 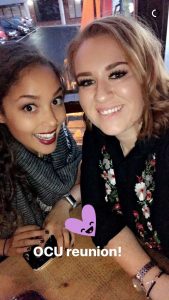 OKCU Reunion – got to meet up with the lovely Nicole, a girl I’d gone to Uni with, on the Southbank. We grabbed dinner & drinks, strolled beneath The London Eye & on the bridge, reminisced about university days, and it was lovely to just decompress with someone who understood it all! She recently started an awesome new dance competition company based in the U.K., so we chatted about business & such; she moved to London over 2 years ago which means, of course, I grilled her on what it would take to become a U.K. resident without tricking someone into marrying me haha.

One of the things I walked away with is that London is sooooooo multicultural! It was amazing to hear so many languages spoken, food from everywhere around the world, and a general acceptance of the differences among them. I legit got so excited when I saw the two beautiful, black broadcasters for a Sky News. I hate that I get excited over that, but here I saw more people of color represented in tv, ad campaigns, magazines, etc, than I ever have in America & it was AMAZING! ?

There was A LOT I didn’t get to do in London, but overall I’m happy with the choices I made and it just gives me an excuse to come back!

We left London and stayed in Liverpool for the night before we headed off for a skip through Wales in order to take the ferry out of Holyhead to Dublin. Got to have another amazing OKCU reunion with my lovely friend Laura who currently lives in Chester, just outside Liverpool. Being across the world from one another didn’t slow us down; we walked The Walls, drank, gossiped, complained about boys (seriously, the dating “rules” are different in the U.K. lol), and just had a brilliant time catching up!

Interested in my earlier travels? Check out my posts on Ireland, Glasgow, Edinburgh, or the rest of my Travel Archives!

Some of the links in this post are affiliate links and if you go through them to make a purchase I will earn a commission. This is at no extra cost to you and all products linked are ones I use personally and/or paid for myself