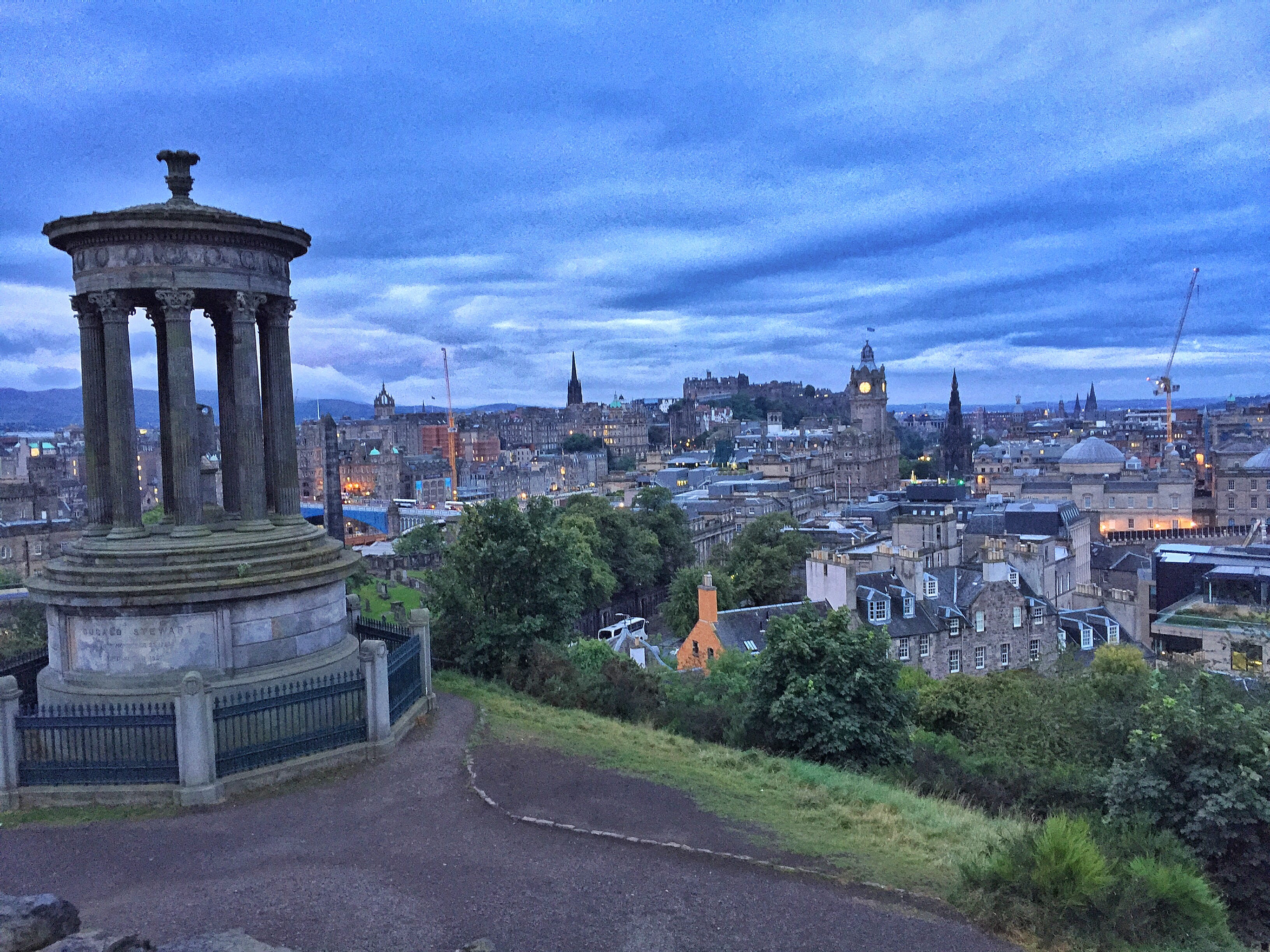 Today we leave Edinburgh, Scotland’s bustling capital, and head to York, England. Before I address the amazingness that was my time there, I wanted to talk about a rather troubling encounter I had.As I was walking down the streets of The Royal Mile, a Scotsman looks me in the eye & yells at me, “you nigger, you look like a fucking monkey”… I’m not gonna lie, as much as I tried really hard not to be upset about this, I cried back in my bedroom; I don’t know if it was out of anger or hurt, but I just couldn’t help it. I know racism exists everywhere, and sadly it’s something I’ve experienced several times back in the US, but this “man” was just sitting in front of the police station & yelled this at a complete stranger without batting an eye. I know it was directed at me because when my group passed him earlier he made eye contact & glared at me; then when I walked back by alone, the coward had the nerve to spew his hate speech. I’ve been sifting through my emotions, and the one thing I stand firm on is that I refuse to let this one act determine my reflection of Scotland. This is a beautiful country, steeped in rich history and a multitude of cultures. Aside from this ONE experience, I’ve been met with nothing but charm, kindness and a willingness to lend a hand. This majestic country will not be tainted by this pathetic excuse for a man’s ignorance. Now that we discussed the unpleasantness, let’s get to the good stuff! I know I could write a novella on what we did in 3 days but here are the highlights: 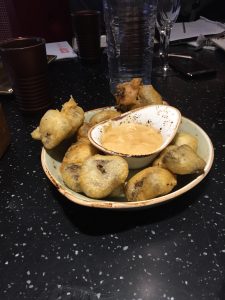 Haggis – Now, I’m not discounting the fact that it was fried but it was quite good actually! I also enjoyed whatever the gravy-like dipping sauce that accompanied it was & it just tasted like spiced meat! I would for sure eat it again.

Beans On Toast – I have had it before in the states, at local pubs back in OKC & I also found a good one in Seattle, but there’s something to be said for having it in the U.K. Now, I know what you’re thinking, why would anyone have beans on toast & then call it a breakfast item?! But we as Americans are used to baked or refried beans, breakfast beans taste completely different! If you can find a proper pub that serves a good English breakfast, I encourage you to try it!

Nandos – After hearing about it for the last couple of years I can finally say I popped over & had some delicious chicken with peri-peri chips! CHEEKY NANDOS!

Calton Hill – My first day in Edinburgh I decided to be adventurer & woke up at 4:30 am to find a sweet spot for the sunrise. While it was probably not the “smartest” decision to roam through a city I didn’t know, the quiet patter of the rain dancing on cobblestone was a magic beyond anything I’d ever heard; it was as if my ears had been waiting to hear that sound my whole life. Celtic legend says that a dragon used to fly around the sky, terrorizing the region and eating all the livestock. Eventually, it ate so much, that one day it lay down, went to sleep, and never woke up again, turning into an inactive volcano… also known as Arthur’s Seat, pictured below.

The Royal Mile – Stretching from the top of the hill at Edinburgh Castle, running one mile down the hill, this section of the city is full of amazing shops, sights, side shows, and rich in Edinburgh’s history.

Edinburgh Castle – This gorgeous fortress, still technically an active military base, stole my castle virginity & I am not mad about it. Overlooking the entirety of Edinburgh, this ‘defender of the nation’ is home to Scotland’s military, their Crown Jewels, and war prisoners, dating as far back as the 12th century. Sadly, we just missed The Royal Edinburgh Tattoo, which is a huge celebratory event they do every year in front of the castle (we missed it by just a week!) 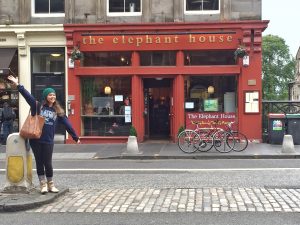 The Elephant House – Even though it has labeled itself “the birthplace of Harry Potter”, this café is just one of many that JK Rowling sat down to write the magical series that changed my life. As a writer, it was amazing to sit down with a cuppa & imagine creating a world like she did. Gazing out the window to see the beautiful rolling hills, topped with Edinburgh Castle, it was hard not to feel inspired.

St. Giles Cathedral – My Norma, a woman that was like a second grandmother to me, was from Edinburgh. She used to tell me stories of the city she loved & always told me about the beauty of St. Giles. She passed away a few years ago, and I’d give anything to talk about this trip with her, but I know she’s looking over me & proud of the adventure I’m on. I stopped in, prayed, & lit a candle for her. 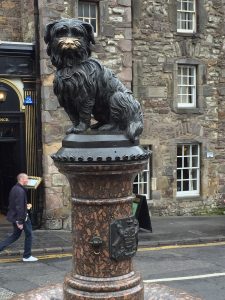 Greyfriars Kirkyard (Cemetery) – Here I got to see where JK Rowling got the inspiration for a few of her Harry Potter character names (Tom Riddle, McGonagall, & Moody)! Also, the admirable story behind the Greyfriar’s Bobby dog, who slept by his master’s grave every night for 14 years! Sadly, someone years ago started a rumor that rubbing his nose brings luck but DON’T DO IT! The statue is already starting to wear down because of it.

The Scotch Whiskey Experience – hailed as the “Disneyland of Scotch Whiskey”, you take a tour through a virtual distillery and learn about how to make the nectar of the gods. Okay so I still prefer Irish whiskey but the tour was really interesting! I learned a lot about blends & scotch whiskey, about the 5 different areas for distilleries in Scotland, and the 5 different tastes that accompany them! My favorite was the whiskey that came from the highlands but the smell of Islay Whiskey (like a fresh bonfire) was amazing!

Stirling Castle – I actually loved this castle more than Edinburgh Castle, I think because to me it felt more royal & less military-based! The history behind it’s precious resident, most notably Mary Queen of Scots, is beyond fascinating. Bonus points because practically every room was decorated with Scotland’s national animal, a unicorn! 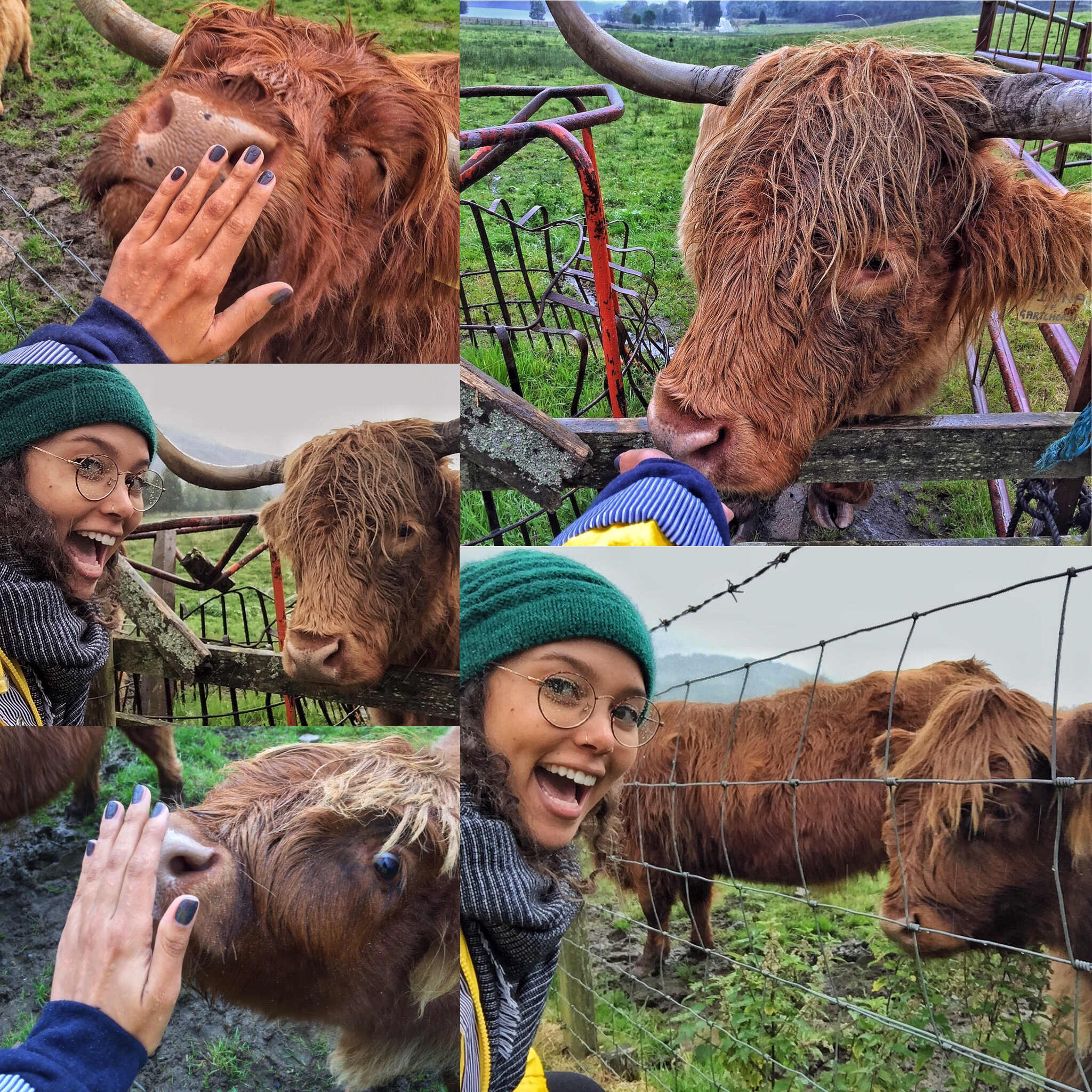 …More Highland “Coos” – Seriously, they just wanted to cuddle & be loved, both of which I was happy to provide in abundance.

Overall, this city has left such an amazing impression on me; there are bookshops on every corner, a variety of food options, amazing museums, and delicious whiskey. What’s not to love?! Off to York today but I’ve left a piece of me in Scotland… 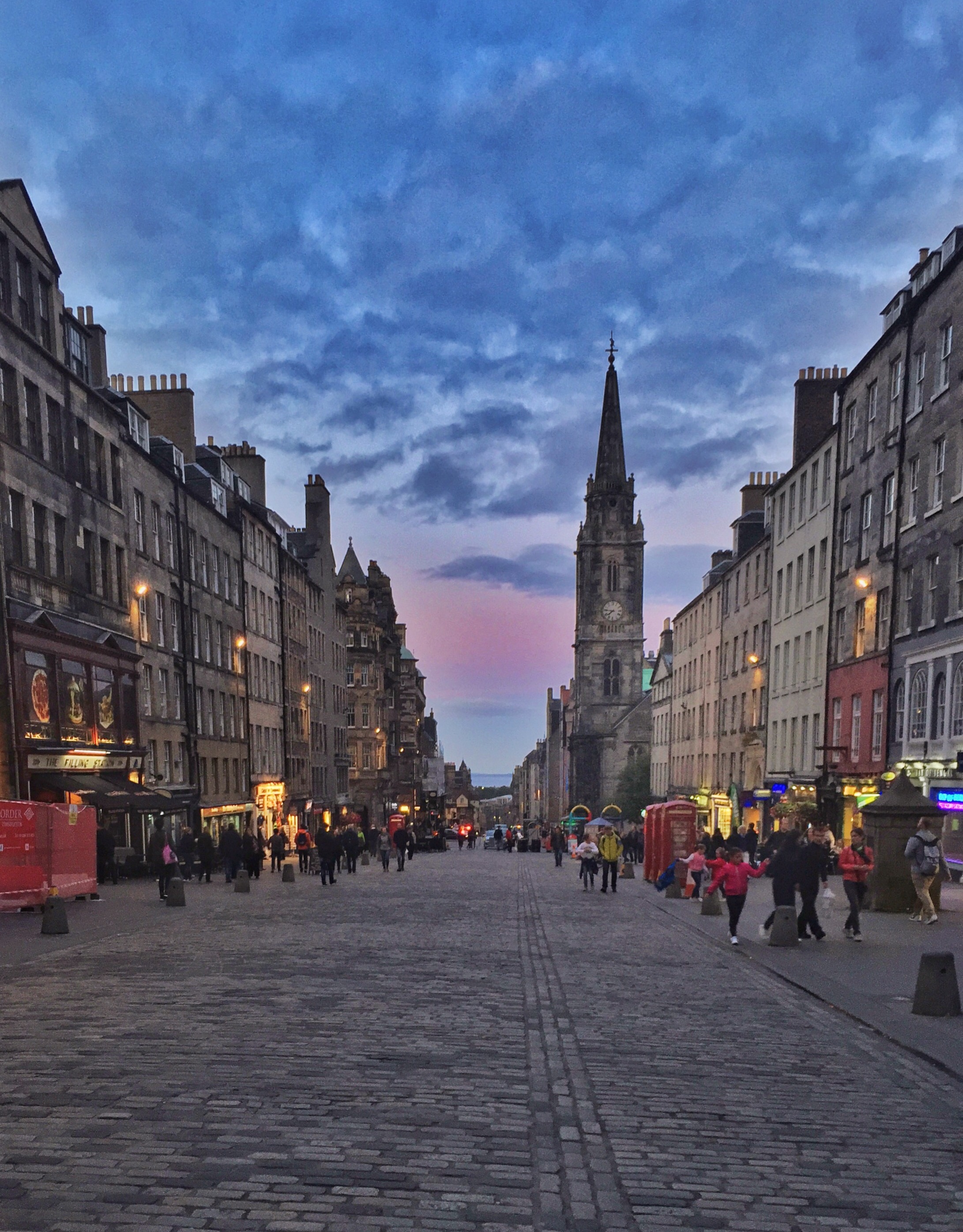